Book Review: Waiting For Another War, The History of The Sisters of Mercy Vol I

Just a glance at the cover of Waiting For Another War, a comprehensive new history of the early years of The Sisters of Mercy, gives you an idea of the sheer quality of this impressively researched volume by American fan Trevor Ristow: in a superb previously unseen photograph by Ulf Berglund, an unshaven, dishevelled and black-clad Andrew Eldritch, as tour-scarred as his battered black fedora, blinks in the Scandinavian sunshine through trademark aviator shades on a rare daylight trip outdoors at the end of a Stockholm press conference in May 1985, his first Marlboro cigarette of the day dangling from his lips, looking the very epitome of rock’n’roll cool. 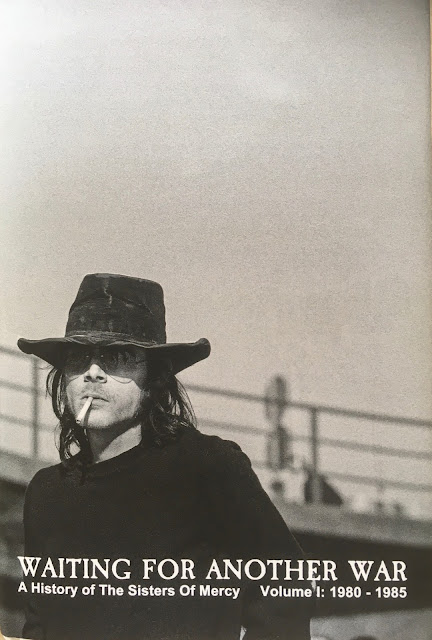 In the two hundred and fifty pages within what is billed as “Volume I: 1980-1985” of “A History of The Sisters of Mercy”, Ristow meticulously reconstructs the band’s rise from ramshackle roots on the Leeds punk scene to a headlining slot at London’s iconic Royal Albert Hall and their role as unwilling figureheads of the nascent worldwide gothic scene by stitching together quotes and facts amassed from decades of research which began when compiling the two volumes of Romance and Assassination, a much-loved compendium of press cuttings from both sides of the Atlantic published in 1986 and 1987. With academic rigour, the Columbia University graduate has scrupulously footnoted every quote and source, whether a UK music weekly, an obscure fanzine or a US college radio interview, lending real weight to his narrative and analysis.

But Waiting For Another War is far more than a mere wide-reaching update of Andrew Pinnell’s seminal biography of the band, Heartland, published in the late 1980’s (although that in itself would already have been a gargantuan achievement): Ristow’s account teems with a stupendous array of largely unseen photos of the 1983-1985 period, trenchant analysis of Eldritch's notoriously oblique lyrics and, from the singer’s first visit to the US in the spring on 1983 onwards in particular, fascinating extra detail about the band’s movements and development, gleaned from original interviews with some of those who were temporarily in their entourage as well as from a bewildering range of contemporary sources. 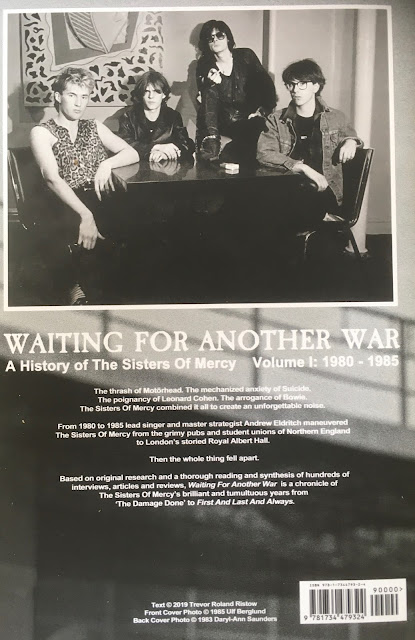 Although Eldritch himself pinpointed the release of Alice as the turning point in the band’s career, with the benefit of hindsight and objectivity, Ristow demonstrates that the group’s first US tour in September 1983 was in fact an epochal event, skilfully revealing the fatal attraction of both the band’s popularity with the growing post-punk audience on the other side of the Atlantic and of the “sex and drugs and rock’n’roll” lifestyle of the touring British musician, setting in course a musical and moral direction that would lead to the band’s implosion within eighteen tumultuous months.

Ristow, a film and TV producer by trade who as a callow youth saw the band’s San Francisco show in June 1985, wrote the book as a labour of love in sections over the period of a decade between 1999 and 2009, but the manuscript remained unpublished until he returned to it last year, updating it in the light of new information, and particularly with reference to Wayne Hussey’s wonderfully anecdotal account (Salad Daze) of his time in the band, a period which is covered by the second half of this lavishly illustrated (with photos by Berglund, Philippe Carly, Rudi Keuntje, the late Larry Rodriguez and an amazing set of shots from 1983 by Daryl-Ann Saunders amongst others) and beautifully-produced tome. 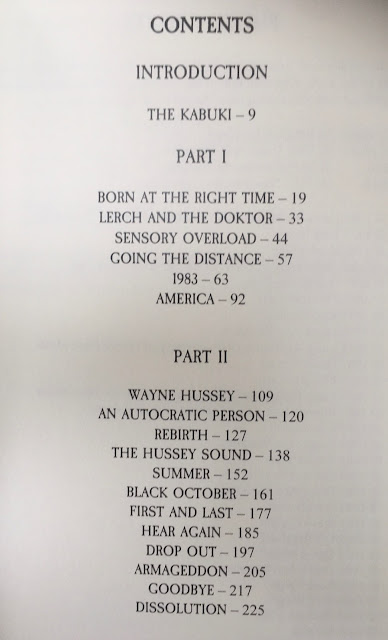 Along with Hussey’s Salad Daze and the forthcoming publication of Mark Andrews’ Paint My Name In Black And Gold, which will be the definitive history of the band’s very early days drawing on new interviews with band members and key players on the Leeds scene in the early 1980’s, Waiting For Another War is a central part of a canon of authoritative accounts which are long overdue for this most enduring of cult bands of the post-punk era. Ristow has done himself and the band full justice, adding to as much as debunking (where appropriate) the legends and mystery surrounding the band, all whilst subtly analysing the group’s artistic, musical and social development: he correctly identifies the artful and wily Eldritch’s central role in all aspects of the band’s creative decision-making processes whilst also shining a light on some of the fatal flaws which would lead to the ending of some deep and long-lasting friendships, with the accompanying legacy of bitterness and distrust.

Fans will be delighted not only with the most precise, detailed and even-handed chronology to date of the 1985 demise of the Eldritch/Marx/Hussey/Adams line-up, but also the revelations about life on the road both in the UK and in the US from 1983 to 1985 (from fans who followed the band and from others who worked closely with them) and fascinating information for example about the track Ritual which is still unheard by all but Eldritch’s closest circle, but resurfaced much later in the band's career. 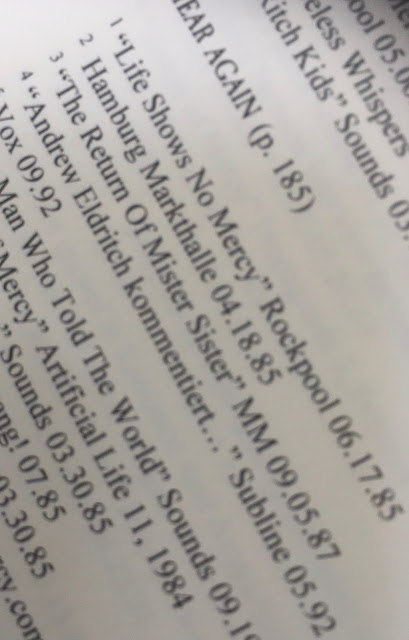 Waiting For Another War was produced with an initial limited and numbered print run of two hundred copies, which sold out in a matter of hours via a link posted on the Facebook fan group page The Sisters of Mercy 1980-1985, superbly curated by fellow collector Phil Verne, who was instrumental in encouraging Ristow to finally publish this riveting and highly-recommended account. A second edition (probably paperback) is currently under discussion and will also initially be offered for sale on the same Facebook group.

Posted by nikolas vitus lagartija at 04:26